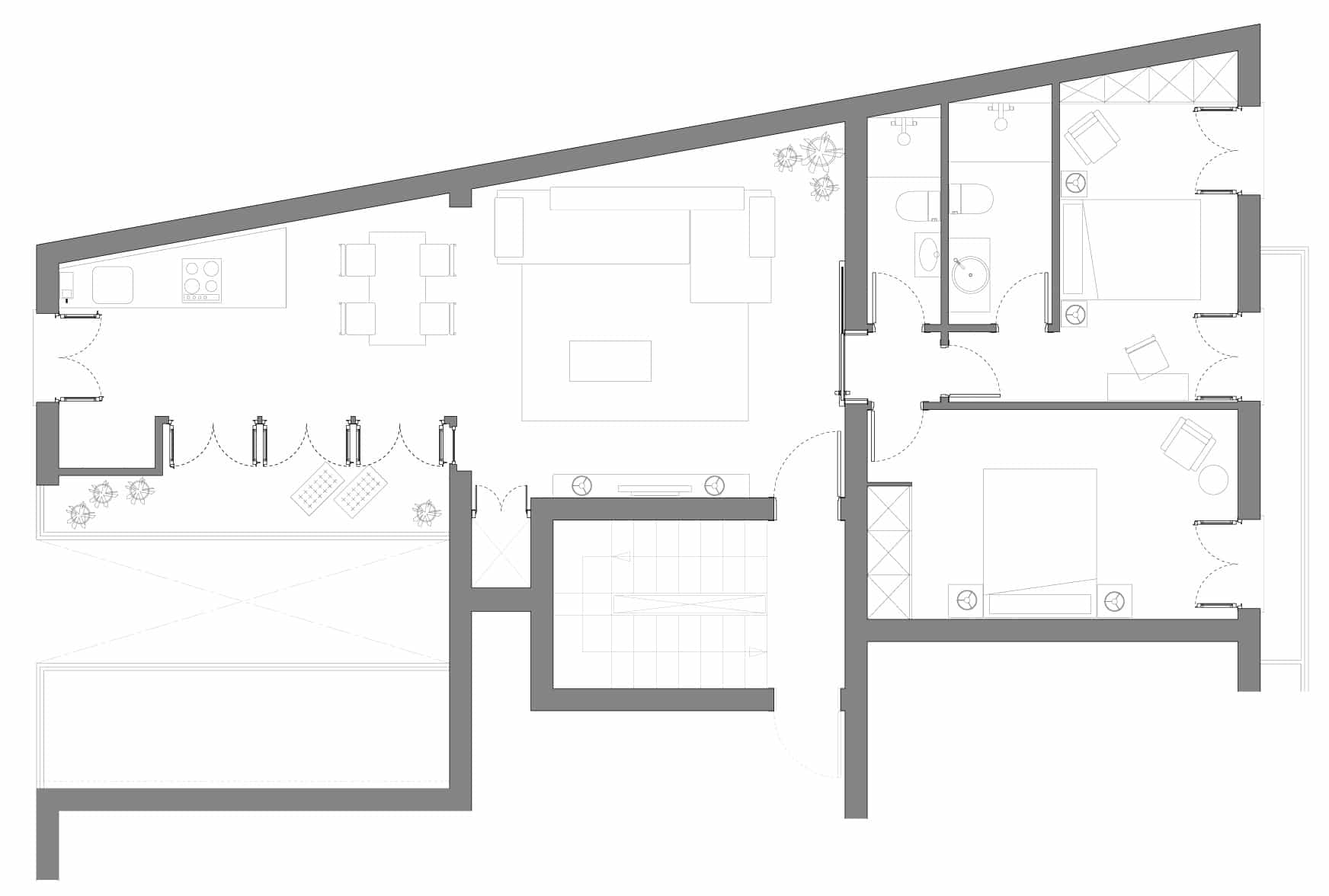 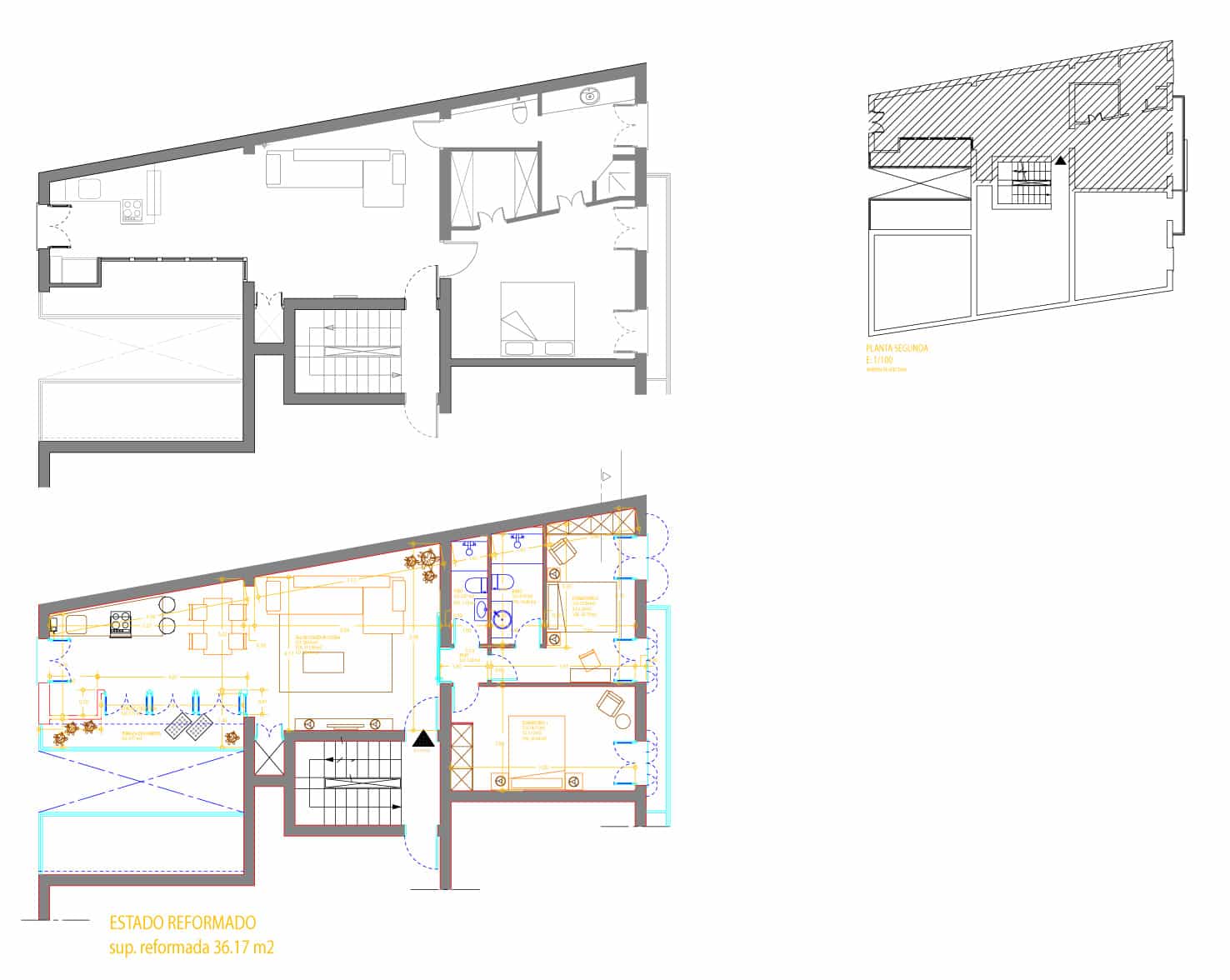 This work has been carried out in the heart of the popular district of Santa Catalina in Palma, an area with traditional houses and bohemian streets.

The proposal required modifying the night area of the existing flat in order to achieve a better distribution of the public and private spaces.

The house is located in the area of Jonquet de Santa Catalina, a traditional fishermen’s quarter with a relatively well preserved environment but which is now full of life and activity, being surrounded by new shops and a wide range of cuisine.

The building with its neocentistic appearance had already been the object of previous reforms, resulting in the confusing distribution of the house. In turn, the new layout respected the arrangement of essential structural elements and the location of downspouts and other facilities.

The final result was an open-plan space full of light in its most public area, which comprises the large living-dining room that it shares with a kitchen at the back of the room. This area has a large balcony through which a lot of natural light enters and accompanies you from the entrance practically, to the kitchen, which is finished with a small balcony with views.

The private space comprises two rooms, one of them with a full bathroom and the other with a separate full bathroom. These rooms are large and very bright and, despite being oriented with its large windows towards the street, the feeling of intimacy is maintained at all time. In these spaces the original windows of the building have been maintained with their large wooden shutters that give the room a great sense of tradition.